Menopausal women reveal the extreme lengths they go to, to get a better night’s sleep

11th October 2022
Pillows in the freezer, wearing wet socks to bed, and asking their partner to move rooms, menopausal women reveal the extreme lengths they go to, to get a better night’s sleep.

A new survey conducted by Woolroom revealed the lengths many women experiencing symptoms of the menopause will go to in a bid to get some sleep.

Ahead of Menopause and Wool Month, the study commissioned by Woolroom shows 8 in 10 (83%) women face disrupted sleep during this time, with the majority (74%) suffering from night sweats.

The biggest barrier preventing women from getting a decent night’s sleep was feeling too hot (68%), and incredibly, one in every 14 (7%) women will take a bag of frozen peas to bed while a third will strip-off completely to try and beat the heat.

Researchers also gathered testimonies from menopausal women who had taken unexpected steps to better their sleep. Among them:


Some (14%) will even abandon their bed in a bid to cool down – with one respondent admitting to attempting to sleep in a tent outside. One in 10 (8%) women will even turf their partner out into another room. 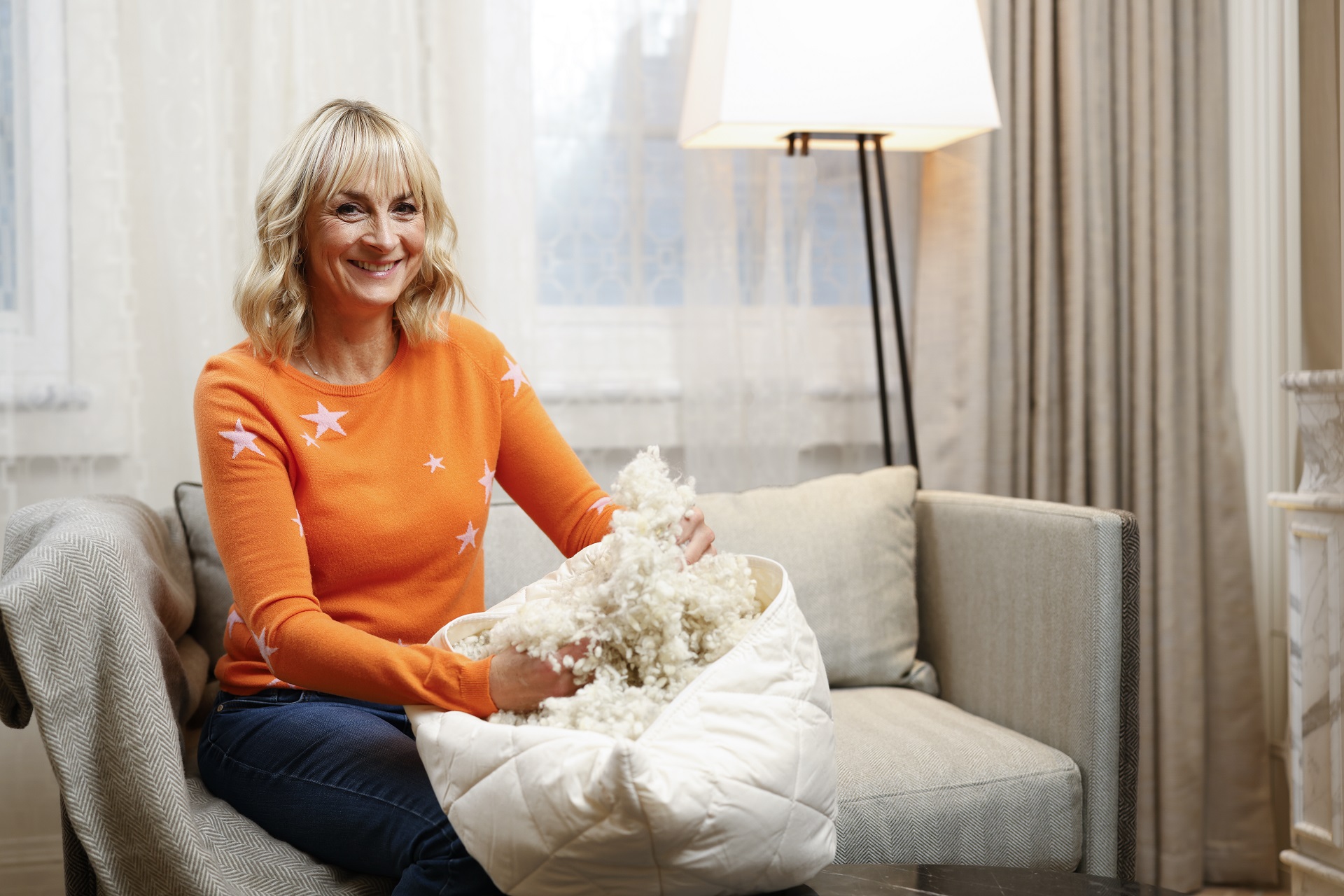 This news comes as Woolroom launches its campaign with TV Presenter and Menopause advocate Louise Minchin, 54, who has spoken openly about the difficulties she faced with the menopause.
“I suffered from night sweats, sometimes two to three times a night, and often five days a week. It’s a miracle that I was able to get up and do my job! The menopause had a very real impact on me, it was incredibly physical. I had heart palpitations, tinnitus, all sorts.”

She continues, “I remember an important interview with then Chancellor George Osbourne outside a JCB factory. I couldn’t say the letters JCB, it was deeply embarrassing. It was when it started affecting my career that I realised I had to get some help.”

Clean Sleep expert and MD of Woolroom, Chris Tattersall says, “Symptoms of the menopause are clearly having a profound effect on Louise and women around the UK, and as a result, they are fighting back against substandard slumber and are going to extreme measures to do so. Luckily women may not need to take extreme measures like putting pillows in the freezer or kicking their partners out of bed to stay cool at night. The answer could be with something as simple as wool bedding due to wool’s temperature regulating properties.”

Woolroom conducted pioneering research with Leeds University which revealed that wool bedding could be the secret to helping women experiencing symptoms of the menopause stay cool and get a good night’s sleep. The data revealed that wool bedding allowed 43% more moisture transmission than polyester and a massive 67% more than feather/down duvets, meaning wool can diffuse a larger amount of moisture across an eight-hour period, allowing you to sleep longer and deeper throughout the night with very limited disruptions.

Chris Tattersall adds, “Choosing bedding made from natural fibres like wool can act as a beneficial, long-term solution for alleviating the symptoms of the menopause such as night sweats and hot flushes. The University of Leeds study proves wool’s magical ability to draw moisture away from the body, keeping you cool while you sleep. At Woolroom, we are committed to continuing our Clean Sleep campaign, by raising awareness about the sleep environment, and the importance of why and how our surroundings can impact a good night’s sleep. By cocooning oneself with a wool mattress protector or topper, wool duvet and wool pillow and ideally fine merino wool sleepwear, women experiencing symptoms of the menopause will be able to achieve a drier and cleaner night’s sleep.”

Interested in learning more about the incredible menopause combatting properties of Wool bedding? Keep an ear out on October 12th, as TV Presenter Louise Minchin and our very own Chris Tattersall will be speaking to various radio presenters about the menopause, sleep, and wellness during Menopause Awareness Month. They'll be talking about Louise’s experience with the menopause and how the wonderful benefits of wool can help women encountering sleep loss and night sweats, tune into: Radio stations TalkRadio with Vanessa Feltz, Academy FM, Moorlands Radio, Felixstowe Radio, several BBC regional stations and many more across the UK.