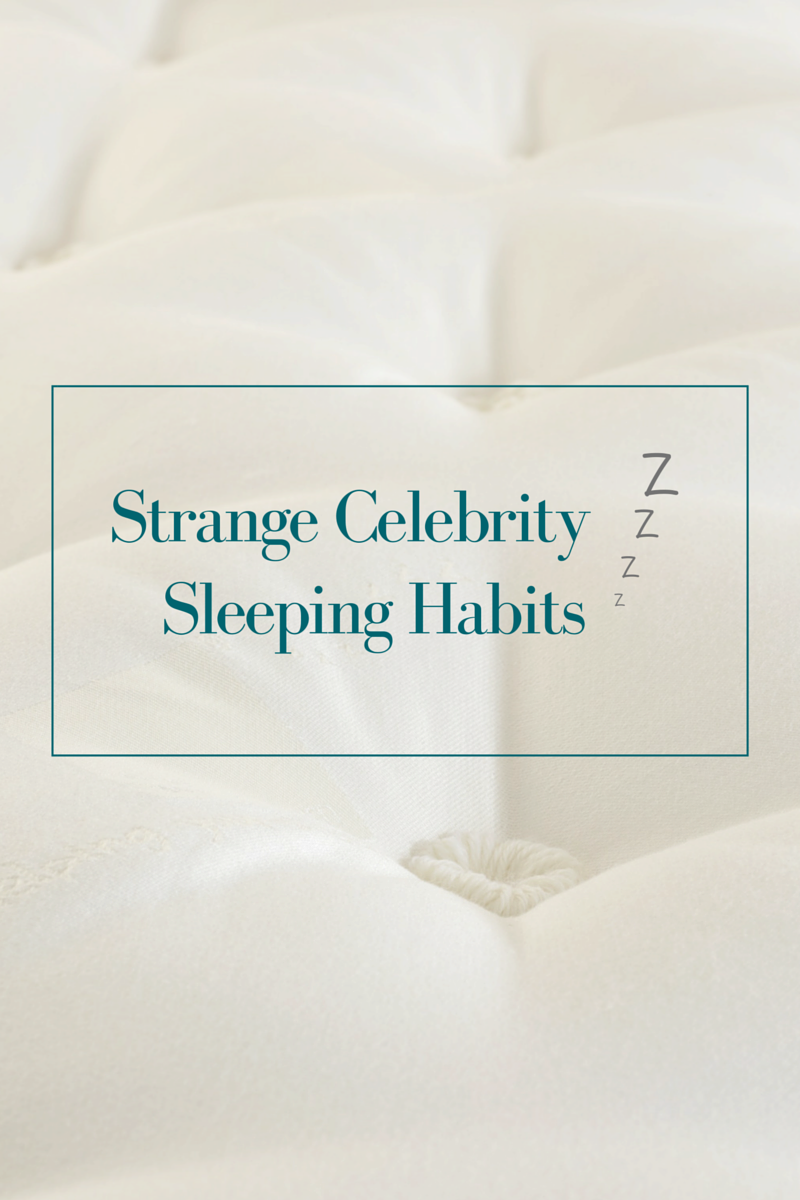 “A person who has not done one half his day's work by ten o'clock, runs a chance of leaving the other half undone,” wrote Emily Bronte in Wuthering Heights. While it might seem like a tall order to have half your working day done before elevenses are underway, the sleeping habits of some of the world’s most famous and successful people reveal some highly unusual approaches to sleep.

Artist, inventor, mathematician… and devotee of the Uberman sleep cycle. Leonardo Da Vinci followed a highly unusual and distinctive sleeping routine. Instead of going to bed at night, Da Vinci would take a series of 20-minute power naps at regular intervals throughout the day. The result? Over any 24 hour period he averaged just two hours of sleep.

The Uberman sleep cycle is a classic example of polyphasic sleep cycles – daily routines broken up by multiple small slumbers, rather than a single night-time snooze.

One thing is for certain: this sleep routine wouldn’t work for most people – but then Da Vinci was an extraordinary man.

If a polyphasic sleep cycle à la Da Vinci sounds too intense, then consider the example of Winston Churchill. During his time in office, Churchill adopted a biphasic sleep cycle, snoozing for five hours each night and then topping this up with a two-hour nap in the late afternoon.

Incidentally, the biphasic sleep cycle is also popular in warmer climes around the globe – the most famous example being the siesta.

From one politician to another. Donald Trump credits his success with getting just three hours of sleep each night, rising at 4am to begin his work day. He believes this minimal, monophasic sleep cycle is the key to his competitive edge. Although he takes all his sleep in one go, this approach is surely no less draining than many polyphasic sleep cycles, leaving him five hours short of the recommended daily amount of sleep needed to stay healthy.

Rising at 6am each day, Hemingway would aim to have his day’s work done by midday at the latest. He believed that to be successful, a person should begin work as soon as possible after first light – taking advantage of the peace and quiet and cooler morning temperatures.

Of course, to rise feeling refreshed and ready to work, most of us need a great night’s sleep behind us. Take a look at some of our tips for a better night’s sleep.

Richard Branson – Starting the Day with a Workout

Entrepreneur Richard Branson averages just six hours of sleep each night – slightly less than the recommended quantity, but in line with 66% of British people according to our recent survey of the UK’s sleeping habits.

Branson gets up at 5:45am each day, beginning with an exercise routine before embarking on his day’s work.

American authors Edith Wharton and Truman Capote were both renowned for starting their day’s writing from their beds. We can only imagine that they must have had some extra comfy, luxury wool bedding – making their beds too appealing to leave!

Want a better night’s sleep? Discover top tips and advice for a range of sleep issues in our Sleep Health & Advice hub.